FLIGHTS, ACCOMMODATION AND MOVEMENT IN POLAND 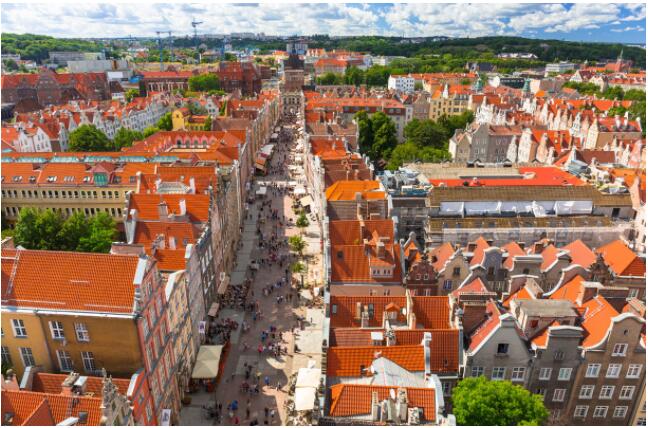 Traveling from Finland to Gdansk is quite convenient with direct flights. Unlike many other foreign destinations, Gdansk offers direct flights not only from Helsinki but also from Turku.

Finnair operates direct flights from Helsinki to Gdansk during the summer season. The travel time is about two hours, and the flights cost the cheapest in the light class of the airline, ie with hand luggage alone, about 150 euros.

Wizz Air, a low-cost airline operating from Turku, transports passengers on direct flights to Gdansk in about an hour and a half. Return flights can be obtained for up to 40 euros if you only have a small hand luggage bag.

Gdansk Lech Wałęsa Airport is located 16 km from the city center. The journey to Gdańsk Główny Railway Station is by bus number 210. The journey takes about 40 minutes, and a ticket for around one euro can be purchased from the driver.

The growing popularity of Gdansk as a travel destination is reflected in the city’s diverse accommodation offer. There are plenty of mid-range three to four star hotels in particular, but international chains such as Hilton and Radisson are also represented.

There are also some cheap hotels and hostels in Gdansk, but the supply does not meet the demand. Those considering hostel accommodation in Gdansk should make reservations in advance, especially during the summer season.

The most suitable option for most tourists is to stay in the center of Gdańsk, within walking distance of important sights and good restaurants. The city center also provides quick access to the train station, from where you can easily get to other parts of the triple city during the day.

If you do not plan to travel at night in the center of Gdańsk, you can also stay in more remote areas, which can be reached by tram or bus. Outside the historic center, accommodation is naturally cheaper. Friends of the beach and nightlife can stay well in Sopot, whose hotel selection is also moderately plentiful: all accommodation categories from hostels to luxury are represented.

Good accommodation options for those crossing the Triple City can be found in the Oliwa region, located between Gdańsk and Sopot. Oliwa Station is a short train ride to all the destinations in the triple town, and the area itself is pleasantly park-like.

Gdansk, like other Polish cities, has a good tram network, and there are also many bus lines. The need to use means of transport depends largely on the location of the accommodation. If you are staying in the center of Gdańsk, there is little need to use public transport other than to move between different parts of the triple city.

There are numerous local trains to Gdynia and Sopot every hour except late in the evening and at night. Tickets can be purchased from station vending machines. Travel time to Sopot is 20 minutes and to Gdynia about 40 minutes.

Taxis in Gdansk are relatively inexpensive. A good and reliable company is City Plus Neptun. However, it is worth noting that in taxi driving, crossing city limits can become surprisingly expensive due to border crossing surcharges. 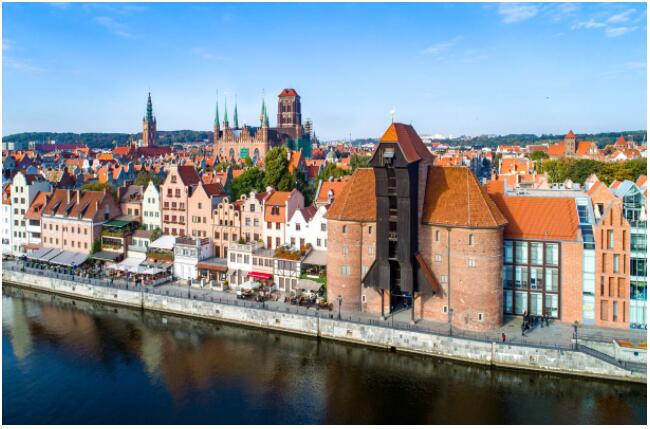 Gdańsk’s Old Town and the port area are the most popular destinations.

The vibrant center of Gdańsk is an area dominated by red-brick churches, gates and fortresses, next to which rise the colorful houses of former Hanseatic merchants. The main attractions of the historic center are located along the Royal Route. You enter from the gate of the old town, from where a long straight road leads all the way to the river. On the river, the route ends at the Green Gate. Along the way you will see, among other things, a spectacular town hall with its tall towers.

St. Mary’s Church is the largest brick church in the world. The building can accommodate up to 25,000 people at a time. The church was built from the 14th century to the beginning of the 16th century.

The huge astrological clock and numerous towers attract attention in the appearance of the church. One of the towers can also be climbed, and from a height of 78 meters there is a wonderful panoramic view over the Triple City.

The Gdańsk Maritime Museum is housed in a total of three different buildings around the river that crosses the center of Gdańsk. The largest and largest exhibition is located in the old warehouses of the island of Ołowianka on the river.

The Maritime Museum displays a magnificent selection of material presenting both seafaring and port work, and an old ship built in Gdańsk runs between the different parts of the museums.