Barbados is one of the easternmost Caribbean island states, which lies off the northern Atlantic coast of South America. Once a British colony, the island became independent in 1966, but is still part of the Commonwealth to this day. Thus, the head of state is still Queen Elisabeth II, who is represented on the island by the current governor.

The official language of the approximately 430 square kilometer island is English. Almost a third of the total of approx. 278,000 inhabitants live in the capital Bridgetown. The rest of the population lives in 11 parishes (comparable to German municipalities or districts). The climate in Barbados is warm all year round with an average annual temperature of around 26 degrees.

The main economic sector of the island is the tourism industry. Other important areas are the sugar and rum industry. Well-known neighboring islands of Barbados are, for example, Grenada, Martinique and Trinidad. In addition to numerous sights, the island is characterized by the unique Caribbean flair and joie de vivre. It can be reached by ship or via the international airport, which is around 15 kilometers from the center of the capital.

Below we present you the most exciting tours, most beautiful attractions and best sights in Barbados: 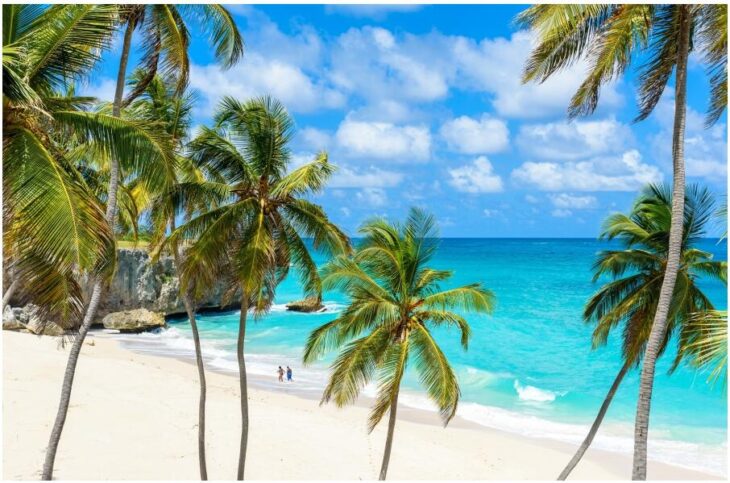 1. The diverse capital city of Bridgetown

Located in the southwest corner of the island, Bridgetown is the island’s cultural and commercial center. The historic old town has been a UNESCO World Heritage Site since 2011. Numerous interesting and architecturally appealing buildings from the colonial era such as St. Michael’s Cathedral or Harrison College adorn the city center. The Constitution River, which flows into a marina right in the city center, is another major attraction in the city. The marina is called Careenage by locals.

The Chamberlain Bridge, which runs over the Careenage, is a popular destination for tourists. Here is also the central National Heroes Square with a memorial statue for the famous British Admiral Lord Nelson. It is the ideal starting point to explore the old town with its busy streets. Visitors will find typical Caribbean delicacies, shopping opportunities and a lively nightlife here.

The Barbados Museum is located in Bridgetown south of the city center. The interesting museum offers its visitors an insight into the history of the island and the Caribbean. The building was once a 19th century British military prison and was converted into a museum in 1930.

The museum houses numerous relics from the past centuries, such as artefacts from the indigenous people, old weapons, historical furnishings and maps from the colonial era. The museum is an absolute must for visitors interested in culture and history.

Not far from the Barbados Museum is the George Washington House, another historical highlight. The building was named after the first American President, George Washington. There is evidence that he spent about two months on the island in 1751 and lived in this building.

Nowadays the two-story building has been converted into a museum. As far as possible, the ground floor was left in its original state of furnishing. The first floor contains exhibits of artifacts from that period and shows the history of slavery during the colonial era. The George Washington House is frequented by tourists and locals alike.

This wonderful 18th century house, which is located in the northern city of Speightstown, has also been converted into a museum. This museum also guides the visitor through the history of the island. A special feature of this house is the very modern, interactive audiovisual guided tour through time.

A highlight of the exhibitions that is particularly popular with children is a talking pirate who tells the story of Speightstown. Different exhibitions on 3 floors tell of different epochs and subject areas.

To this day, the Concorde is an aircraft that fascinates and casts its spell over many people, even though production has long since ceased. Interested visitors to Barbados can indulge in this fascination again. A real Concorde G-BOAE (Alpha Echo) is on display in a hangar at Grantley Adams International Airport.

Visitors can step inside the old British Airways aircraft and learn more about its unique technology and history inside. This attraction seems almost surreal compared to the rest of the island’s sights. 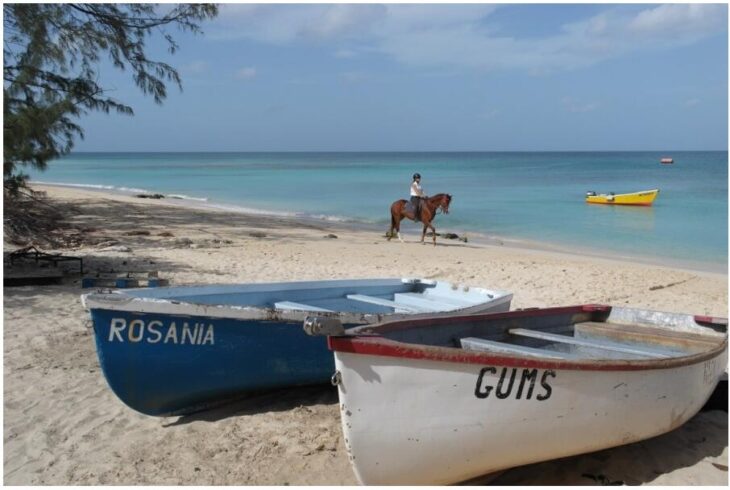 Carlisle Bay is on the western edge of the island on the coast of Bridgetown. The bay not only offers one of the most beautiful beaches in Barbados (Pebbles Beach) but also impressive underwater worlds. Both here and on Brown’s Beach there are several shipwrecks within reach of the shore and are a refuge for countless colorful fish and many other sea creatures.

Whether guided tours with one of the numerous providers or a snorkeling tour on your own, crystal clear water and a great diversity of species can be admired here. A special highlight here is swimming with wild sea turtles, which appear again and again in the bay and around the wreck and are now largely used to people (but please do not pet them!).

Even today the rum is one of the most important export goods in Barbados and the 300-year-old family company Mount Gay is considered a pioneer among manufacturers in the Caribbean. On a guided rum tour you can learn more about the process and technology of rum production. However, we would like to point out that the main focus at the Mount Gay Visitor Center is on food.

The actually active distillery is located further north, so that visitors only get a very limited insight into the production process. If you know what to expect (namely a tasting room aimed at the US market), then you can definitely enjoy the visit. We think the price is okay and the drive through the hinterland is a pleasant change from beach life in Barbados.

The small town of Oistins has long since turned into a tourist center and one of the most important sights in Barbados, especially the fish market on Friday evening is a real magnet for visitors. And in fact, you shouldn’t miss a visit to Friday Night Fish Fry, because it’s much more than just a place with grilled seafood!

In Oistins, on Friday after sunset, tourists mingle with locals, loud music is played, alcohol flows freely and you get a good insight into the party life of the Bajans. If, on the other hand, you are looking for a quiet and delicious restaurant visit, you should visit the stands on another day of the week when it is less crowded (and usually even cheaper)!

At the far, northern end of the island state is the Animal Flower Cave. It is the only accessible sea cave and a popular attraction in Barbados. This particular place is a great photo opportunity and was discovered by two British explorers in 1780.

The adjoining restaurant with bar and terrace is particularly popular with tourists. From the terrace you can enjoy the wonderful view of the sea and the surrounding area in a relaxed atmosphere with a typical Caribbean drink.

Harrison’s Cave, an impressive cave landscape with an attached visitor park, is practically in the middle of the interior. The cave system of this popular attraction extends for around 2.3 kilometers. Visitors can discover the extraordinary area with its caves and waterfalls on a guided tour with an underground wagon train.

More daring visitors can take the adventure tour on foot, equipped with a helmet and protective equipment, on a journey through the wet caves. Partly on the knees. Special children’s tours are offered for younger visitors. 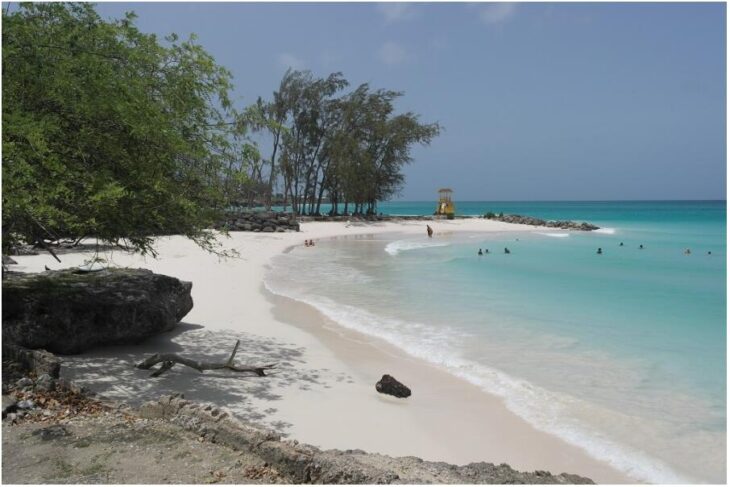