Leopards, elephants, buffalo, crocodiles … Sounds like Africa, but we are in Sri Lanka! Here you go on one day jeep safaris in one of the species-rich national parks, and the next day you are already on one of the blossom-white beaches, on a green hill with lush tea plantations, or with elephants, who refresh themselves in the quiet lakes. For many years Sri Lanka was considered a restless region, but now the people’s longing for a harmonious everyday life has gained the upper hand and the residents are happy about every guest who visits their diverse country. The infrastructure of the island in the Indian Ocean is improving from year to year and although they are well on the way to modernization, the country and its people appreciate their traditional values ​​and are proud of their rich culture. 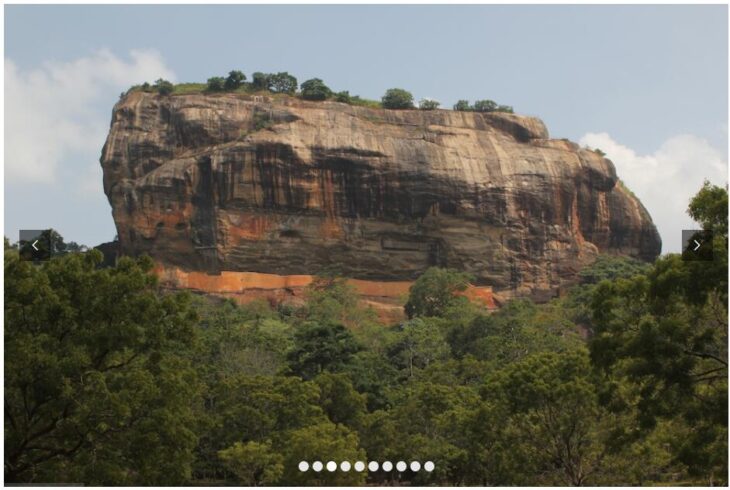 This is an example of one of our tours and should serve as a source of inspiration. Of course, the itinerary including the destinations can be adjusted and we would be happy to work out a tour tailored to your interests and budget.

Best travel time: all year round. The climate in Sri Lanka is very different from region to region, so it is generally not possible to predict an optimal travel time. For round trips to the south or west of the country, the best travel time is between December and May, in the mountains and in the center of Sri Lanka January to March, while in the east between May and September the best weather conditions are found.

Travel planning: Edelweiss flies 2 to 3 times a week directly from Zurich to Colombo. At the end of your tour, enjoy a few days on the beach or in an Ayurveda hotel.

Tip: keep your eyes open when visiting elephant orphanages – there are black sheep here and not all of them are treated appropriately, but kept solely for tourists!

Day 1: Flight to Colombo
Reception at the airport and drive to Sigiriya.
Dinner and overnight in Sigiriya.

Day 2: Sigiriya – Polonnaruva – Sigiriya
The gneiss rock Sigiriya, rising suddenly from the jungle, is the most popular historical site in Sri Lanka. The 200m high summit was the place where the citadel of King Kashyapa was located in the 5th century. The name of the rock is derived from its shape: it is said to resemble a lying lion. Kashyapa had some niches in the rock decorated with colorful frescoes. These frescoes are world famous for their amazing beauty. Halfway up is the entrance to the citadel, which is flanked by two lion paws. Today Sigiriya is a
UNESCO World Heritage Site, and is one of the best examples of ancient city planning in Sri Lanka.

Continue to Polonnaruva.
Following the decline of the city of Anuradhapura, Polonnaruva became the capital of Sri Lanka. King Vijayabahu, who freed the island from the Chola occupation, declared the city to be the capital. Today the ancient city of Polonnaruva is a World Heritage Site. The heyday of this glorious city was during the reign of King Parakramabahu (11th century), under whose patronage the most important irrigation system in the country was established. One example is the “Parakrama Samudra”, a reservoir that spans an area of ​​2,400 hectares. The remains of the royal palace, audience hall and lotus bath are still there. The highlight of this city is the Gal Vihara temple, where there are 4 statues of Buddha in standing, sitting and reclining postures, which are carved out of a single rock. 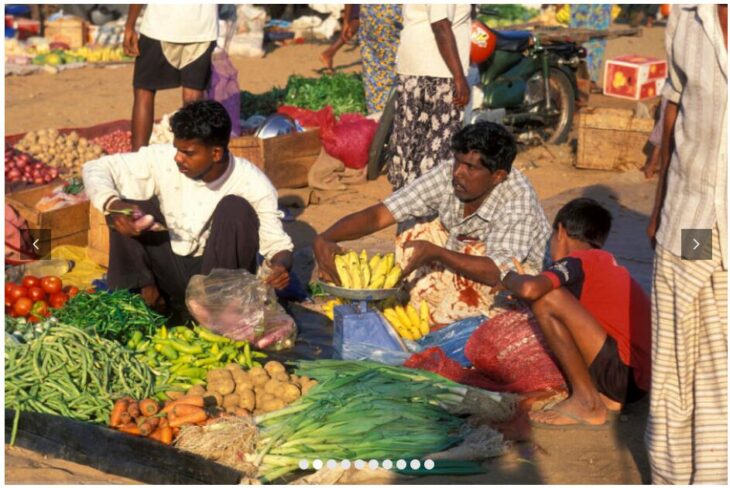 On the way visit the Dambulla Temple.
The Dambulla Cave Temple is a World Heritage Site and is the largest preserved cave temple in the country. According to tradition, the king Valagambahu left in the 1st century BC Ch. Design the temple in the caves. Numerous statues of Buddha, as well as ceiling and wall paintings depicting the life of the Buddha, can be seen here. There are a total of 153 statues of Buddha, 3 figures of Sri Lankan kings and 4 figures of gods to be seen. The total area of ​​the paintings is over 2000 square meters. The most imposing Buddha statue is over 14 m long and carved out of the rock.

Continue to Matale.
Visit to a spice garden. Matale is the main spice growing area in Sri Lanka. In the spice garden you can admire many of the spices that occur in tropical regions. Ayurvedic medicine is also brought closer to the visitor here.

Continue to Kandy.
The world heritage site Kandy was the last capital of the kings of Sri Lanka. It is considered the religious center of Buddhism, with the tooth temple as the largest sanctuary on the island. Kandy is known as a magnificent city, rich in culture. You will visit the city, an arts and crafts center, a gemstone museum and grinding shop as well as the temple of the tooth.

Day 4: Kandy – Peradeniya – Kandy
Visit to the botanical garden, Peradeniya.
In the village of Peradeniya is the famous botanical garden, which was founded by the British in 1822. It is considered one of the most beautiful botanical gardens in Asia and attracts around 1.2 million visitors annually. More than 4000 different plant species thrive there. The plants range from the Chilean candle tree to Mexican agaves to Australian, tall copal trees. Due to the more moderate climate in the Kandy region, orchids can also be found there under glass.

Day 5: Kandy – Tea Plantation – Nuwara Eliya – Bandarawela Train
journey in the tea region from Peradeniya to Nuwara-Eliya and visit to a tea plantation and factory where the very best tea in the world is made. During your tour of the factory, you will see the different stages of processing. At the end you have the opportunity to taste a cup of real Ceylon tea.

Continue to Nuwara-Eliya. The small town of Nuwara-Eliya is a well-known climatic health resort and a famous travel destination for locals and tourists from abroad. You will be amazed by the breathtaking beauty of the place. The 18-hole golf course there is one of the best in South Asia. The city plays a central role in the world’s tea industry as a significant proportion of the country’s tea production comes from this region.

In the evening we continue to Bandarawela.

Day 6: Bandarawela – Ratnapura – Yala
Drive to Ratnapura. The area around Ratnapura is known for its gemstone mines. In small pits the men try to discover rubies, sapphires and corundums in the alluvial land of the mountain rivers. Many people here work and live from mining the gemstones. It is extremely interesting to see how people work here: In quick succession, filled baskets are handed up and their contents are heaped on a gradually growing hill, while the already emptied baskets are thrown back to the workers at the bottom of the pit. A diesel pump transports the groundwater out of the pit. Chunks of mine material are dissolved in the water, and one hopes to discover a ruby ​​or sapphire in the remaining pebbles. Visit to a typical gemstone mine and gemstone museum.

Continue to Yala. Overnight in Yala.

Day 7: Yala – Udawalawe – Ella
Jeep safari in the National Park (approx. 3 hours)
The Yala National Park is the largest and most famous nature reserve in Sri Lanka. The park consists of a total of five blocks; Block 1 is the most visited. Park visitors can see elephants, wild boars, buffalo, leopards, sloth bears, axis deer and crocodiles here. The park is also home to many native bird species and migratory birds.

Day 8: Ella – Colombo or stand extension
Drive to Colombo. Colombo is Sri Lanka’s commercial capital, and is a city that has seen rapid changes. Most of the old buildings have been replaced by new ones, but there are some neighborhoods where the old charm can still be seen. Examples are the buildings from colonial times and the 100-year-old clock tower. The independence square “Nelum Pokuna”, Bazzar district Pettah, BMICH and the museum are some of the sights of the city. Colombo also offers abundant nightlife entertainment as well as a memorable shopping experience.

Even the most beautiful vacation comes to an end, it’s time to say goodbye to Sri Lanka. Flight from Colombo to Zurich.

Alternative: Ella will bring you to your beach hotel and enjoy a few days on one of the beautiful sandy beaches of Sri Lanka or the Maldives … 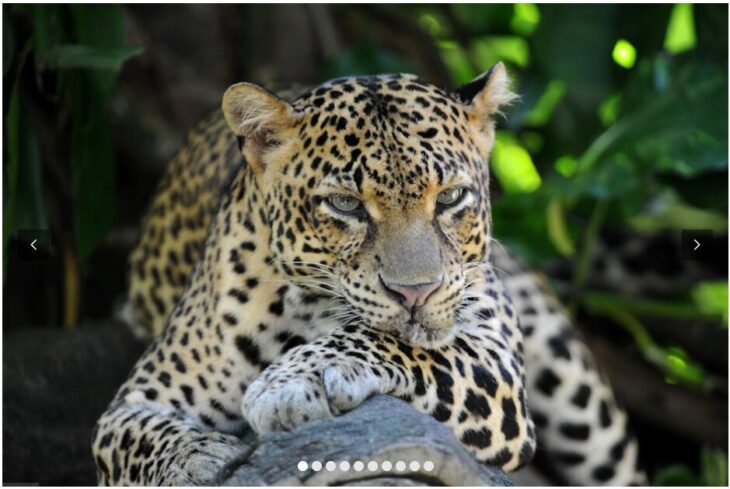